One comfort brand has ignited a trend with its funky woven styles. 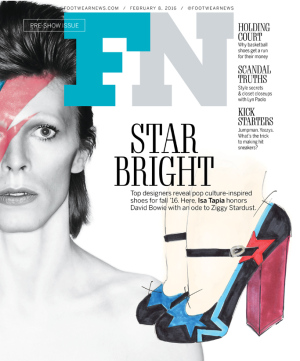 People recognize us as the original, They come into stores asking for Bernie Mev when they have woven footwear in mind. It’s a compliment when people knock off a [success story]. Our customers are happy with their sales. It’s the name of the game and part of the business

The Teaneck, N.J.-based company is redefining the comfort category with its novelty woven footwear, and along the way has developed a cult following of young fashionistas and baby boomers. “The shoes are extremely versatile,” said co-owner Itamar Carmi, whose wife, Rachel, oversees design. 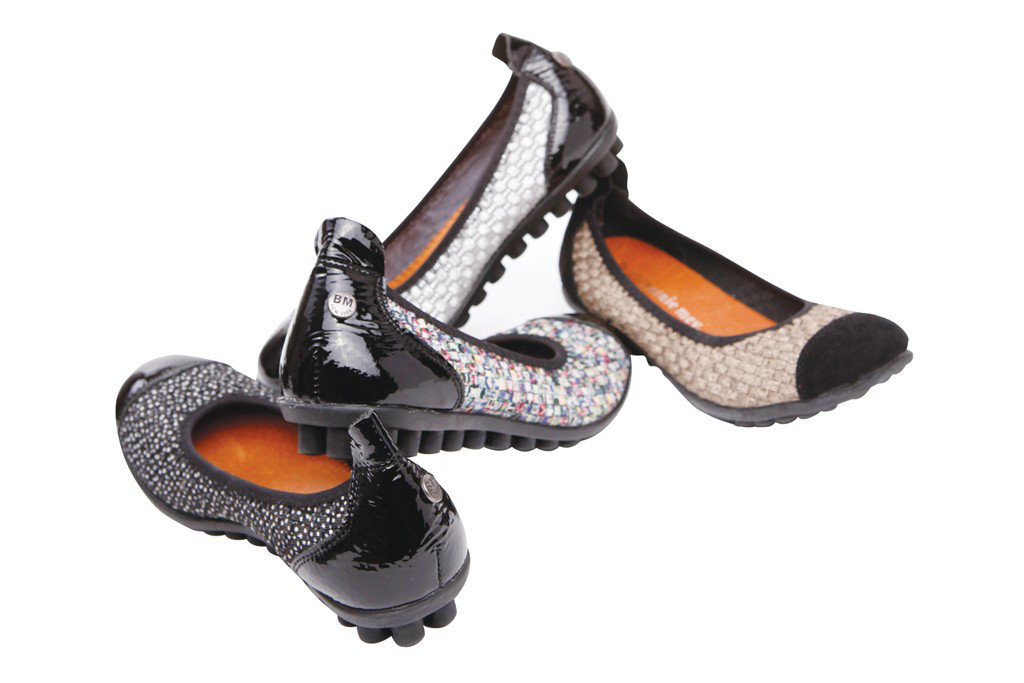 RELATEDFN Pick: Match Point
The quirky and colorful styles, which launched in 2008 and retail for $50 to $80, range from casual flats to Mary Janes, and all feature the brand’s signature uppers and memory foam footbeds.


We were looking for something that would be comfortable for everyone and [work] for women, men and kids

Prior to debuting the woven looks, Bernie Mev had produced more-traditional women’s shoes since 1974. Itamar Carmi began partnering with the namesake founder in 2000, and then took over full ownership in 2007. He pointed out that the traditional footwear segment continues to account for 20 percent of the line.

According to the Carmis, company sales are on the uptick, with quadruple growth expected for the second year running. Business has come from a diverse retail base that includes comfort independents, fashion boutiques and department stores in the U.S., Europe, Canada and the Middle East. Now the owners are seeking a distributor in Asia as they eye the Japanese market.

The brand’s growing popularity has naturally spawned a range of look-alikes; however, the founders are not concerned.

People recognize us as the original, They come into stores asking for Bernie Mev when they have woven footwear in mind. It’s a compliment when people knock off a [success story]. Our customers are happy with their sales. It’s the name of the game and part of the business.

For comfort retailer Mar-Lou Shoes in Lyndhurst, Ohio, which caters to mature and size-and-width customers, the collection has given it access to a new thirtysomething customer.  ” It’s been refreshing, since we’ve [also] sold a good number [of pairs] to ladies [who are] far older but want to feel young,” said President Dan Ungar, who has been carrying the line for the past two years.

Read More...
Christine Davis, co-owner of Coolest Shoes in California, based in Carlsbad, toldFootwear News she first spotted the line in a store window in New York and thought its woven aspect was a fresh take on comfort. Now Bernie Mev is among her store’s top two brands. And because the shoes are also lightweight, they appeal to her tourist clientele, she said.

While the collection has resonated with a core comfort audience, it is also attracting an upscale fashion following. David Jassem, president of David’s Shoes in Beverly Hills, Calif., recalled that he initially tested the line at the urging of the brand’s sales rep, but was skeptical at first. ” It’s not something we typically carry,” he said.” In Beverly Hills, we sell high-ticket shoes. But within a year, we’d sold 1,000 pairs.”
He noted the label appeals to women 45 and over, who wear the shoes as a more fashionable alternative to sneakers.

Based on the success of the women’s offering, the Carmis have worked to grow their presence in the children’s and men’s markets. “For spring ’13, we felt ready and secure enough to relaunch kids in a proper way,” said Rachel Carmi. The children’s business makes up 10 percent of sales and includes three unisex looks, as well as girls’ styles such as Mary Janes. All items retail from $35 to $45.

After offering a handful of men’s shoes, Bernie Mev debuted an expanded fall ’14 selection of eight styles in a range of color combinations, retailing from $60 to $80. Like children’s, men’s is expected to account for 10 percent of sales.

To stay ahead of the pack, Rachel Carmi, formerly a jewelry designer, is always on the hunt for new materials to update the line.

I don’t think there’s a place we don’t go,” she said. “It’s everywhere — Europe, Asia, our own backyard.

When the Carmis aren’t traveling, they’re minding their own retail store in Englewood, N.J. It operates under the Medici banner and was founded by Itamar Carmi in 1985.

With experience in both wholesale and retail, the couple is considering one day turning Bernie Mev into a lifestyle collection with apparel and accessories.

We appreciate [our] business and everything around it, but we like to launch things the right way,